Dogs eat so much more than you’d think.

If it smells good, they’ll run to it faster than you can grab their leash.

While I take Maggie on walks now, she likes to dart occasionally if she smells something interesting.

That means she’s come across her fair share of berries from bushes and trees.

The mulberry tree in particular is something most people have around where they live.

It grows easily across North America, so your dog might have nabbed a few mulberries while out exploring.

Read on to learn more about how mulberries affect dogs and if they’re safe for consumption. 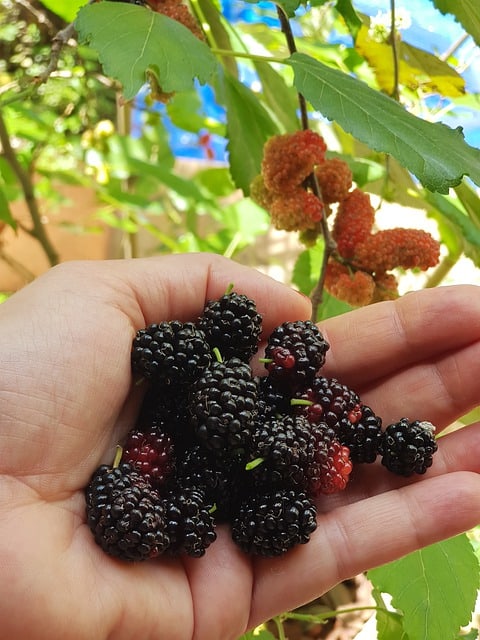 Can Dogs Have Mulberries?

In most cases, yes, dogs can have mulberries.

Here are a few ways mulberries may or may not be munched on.

Cooking mulberries doesn’t change the mulberry itself, but it’s better to avoid feeding your dog mulberries after they’ve been cooked.

You’ll probably mix the berries in with flour, sugar, and other delicious ingredients that aren’t safe for dogs to eat.

Fresh mulberries straight off the branch are fine for dogs to eat[1], just not in large quantities.

Dogs have sensitive stomachs, so all new foods should be introduced gradually and limited. 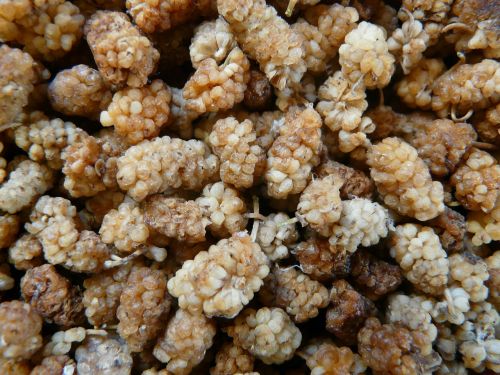 Although mulberries are still non-toxic once they’re dried, their flavor is much more intense when the liquid inside has evaporated.

Never let a dog eat dried mulberries by the handful, since they’ll eat much more to feel full and could get an upset stomach.

Humans wouldn’t want to eat an unripe mulberry, so neither should your dog.

While an unripe mulberry won’t send them to the emergency vet clinic, they have been known to upset stomachs more easily than when fully ripe.

It’s easy to assume there’s only one kind of mulberry, but there are multiple.

Read about each kind and why they may or may not be good for your dog. 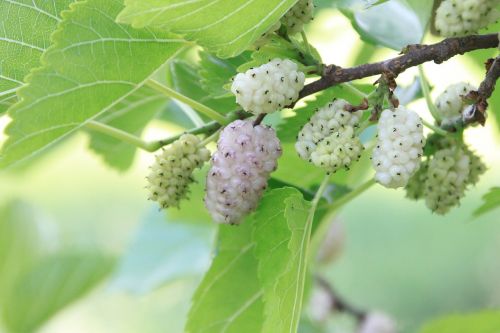 The white mulberry tree is native to China[2], since it’s the main food of the silkworm.

It appears in some parts of North America and produces white or slightly green berries.

They’re safe for canines and humans to enjoy and are mostly found in the wild during April.

Also native to China, the black mulberry tree produces berries so safe to eat that they’ve been used in medicinal purposes for hundreds of years[3].

From mid-August through September, they’ll fall from the branch when ripe, which is the best time for dogs to eat a few. 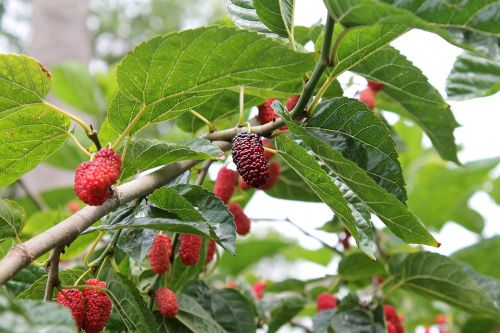 Red mulberry trees are found along the east and southern coast of the US, although they can grow in any state.

They’re perfectly safe to eat when they ripen in late spring, although they’re known to cause hallucinations when eaten in their unripe form[4].

Is it Good for Dogs?

When presented in moderation, mulberries are a good nutritional snack for dogs.

They contain iron and vitamin C[5], and are easy on blood sugar levels.

The only way a mulberry can be bad for a dog is if they’re allowed to eat as many berries as they want for an extended period of time.

Overindulging will cause an irritated stomach and bathroom accidents.

Cantaloupes may be a safer treat for your dog if you want to give them plenty of vitamin C!

There are a few possible dangers of mulberries to dogs, depending on how much has been eaten. 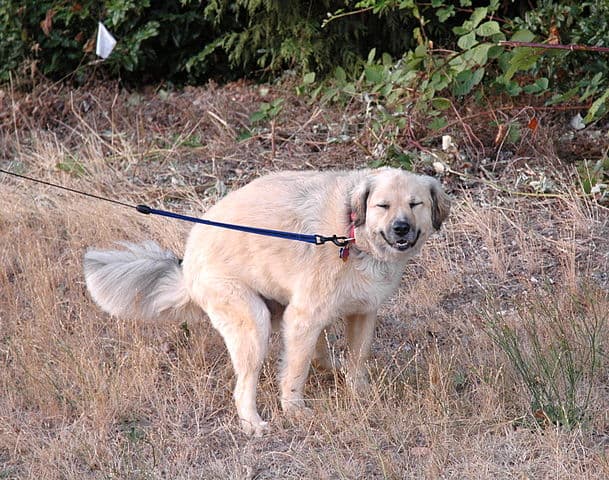 Mulberries are a sweet and tempting treat for dogs, but too much will cause diarrhea.

Mulberries are a healthy source of dietary fiber[6], which will push food through the GI tract and cause more bathroom trips than usual.

That includes muzzles, fur, and paws.

Don’t let your dog wander around where mulberries fall to the ground or they’ll most likely need a long scrub in the bath immediately afterwards.

How to Serve Mulberries to Your Dog

Because mulberries aren’t meant for dogs to eat in large quantities, it’s best to avoid baking with them.

There’s no way to tell how many berries end up in a single treat, which could result in unintended stomach problems for your pup.

Instead, you can serve your dog mulberries by giving them a few in the palm of your hand.

That way, you control how much they have access to and the only thing that needs a wash afterwards is your hands.

How Much Can You Feed Your Dog 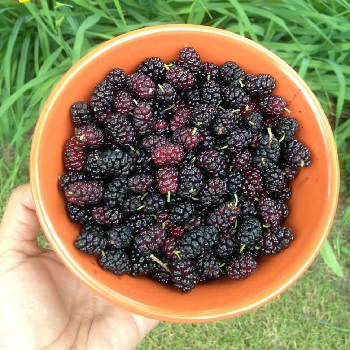 This is probably too many

How many mulberries your dog can eat will differ for each dog.

Start out slow with a couple mulberries if your dog hasn’t had any before.

That will get their stomach used to the new food without bombarding the digestive system.

You can then gradually increase their mulberry treats by a couple berries until they can enjoy a palmful.

If your dog suddenly experiences diarrhea after eating mulberries even after building up their tolerance to them, reduce the amount they eat and stick with the reduced amount.

Dogs who munch on a couple mulberries, no matter which variation, will be fine.

At worst, they’ll have to poop more frequently for the next day or have a stained muzzle.

As long as they eat them a little at a time as a treat, your dog can enjoy ripe mulberries as soon as they start falling off the trees.

Are Berries Good For Dogs?

Some are and others aren’t.

Mulberries, blackberries, and blueberries are all safe in small portions, but things like holly and mistletoe berries are not[7].

Grapes are also technically a berry and should never be given to your dog!

Yes, all variations of mulberries are hallucinogenic in their unripe form[8].

When they’re ripe, they no longer have hallucinogenic effects.

Are Mulberries and Blackberries the Same Thing?

Although black mulberries look nearly identical to blackberries, they aren’t the same thing[9].