Seeing your dog eat its own poop can be a weird sight—but not for your canine friend.

Young pups are particularly known for nibbling on their own poop, as many imitate their mothers, who used to lick them clean after they were born.

Older dogs may also resort to this behavior for several other reasons.

Read on to find out why dogs eat their own poop, whether it’s bad for them, and how to break this habit for good.

Related: Why Do Dogs Eat Other Dogs’ Poop? Is it Dangerous?

Why Dogs Eat Their Own Poop?

There could be many reasons your pup chooses to eat its own excrement.

Here are some of the most common.

Some dogs enjoy the smell and taste of their own dog poop so much that they simply can’t stop nibbling on it.

This typically occurs when the excrement has a solid consistency. Soft feces doesn’t seem to have much appeal to them.

They are Imitating Other Dogs

Most dogs learn this behavior from other dogs—typically from their mother.

Mother dogs clean their puppies by licking away their feces while the youngsters are still unable to go to the toilet by themselves.

For the first few weeks of their lives, the pups learn everything by imitating their mother, and they can pick up this habit. If it’s not addressed during the socialization period, they can carry it well into adulthood.

They are Stressed Out

Dogs that spend most of their days away from their owner are more likely to eat their own poop[1], especially if they are confined to a small space.

If a dog has been reprimanded for pooping in the wrong place before and does it again, it may eat the evidence to avoid another negative reaction from the owner.

One of the most common reasons dogs resort to this behavior is because they lack certain nutrients in their diet.

A veterinarian should evaluate the dog’s overall condition and determine which nutrients they need.

Vitamin B deficiency is a regular occurrence, particularly among larger dogs. Depending on their dietary needs, they may also lack minerals and enzymes.

They Have An Underlying Condition

A dog’s partiality to consume its own feces may be due to an underlying medical issue, such as thyroid problems, diabetes, Cushing’s disease, worms, or other parasites.

The condition may also be caused by steroid toxicity or the ingestion of other chemicals that cause the feces to become more appealing.

Is it Ok for Dogs to Eat Their Own Feces?

While seeing your dog eat its own poo shouldn’t cause too much concern, it’s still not optimal behavior.

Dogs can transfer traces of feces to you or anyone else who pets them, which can cause health issues.

Related: How to Clean Your Dog’s Mouth After They Eat Poop

Can Dogs Get Sick From Eating Their Own Poop?

If the dog is otherwise healthy, they are unlikely to get sick from eating their own excrement[2].

Unless they eat larger quantities of it over a prolonged period—something canines tend to do when they are anxious—they will be fine.

What to Do When Your Dog Eats Their Own Poop

Give the pup plenty of water to drink, and if they are hungry, feed them as well. This will wash away the remnants of the feces from their mouth.

After that, all you need to do is observe whether the dog displays any symptoms of indigestion or intoxication. If it does, take them to the vet immediately.

There are several methods to get dogs to stop eating their own poop.

However, the solution often depends on the cause of the issue, so make sure you investigate it first before opting for a particular method.

The best way to ensure your dog stays clear of their own feces and the poop of other animals is to teach them the appropriate commands for leaving it alone.

You’ll be able to apply this to several other situations while socializing your dog in and out of the home as well.

Getting The Dog to Wear A Muzzle

Keeping your dog on the leash or harness will help you control the dog when going for a walk or other outside activities.

However, the dog can still wiggle its way around, giving itself enough room to get to the feces they have produced.

In this case, you’ll want to consider your dog wearing a muzzle until it learns what’s acceptable and what’s not.

Cleaning Up After The Dog

Start prioritizing cleaning up after your dog as soon as you notice the behavior.

After some adjustment period, the pup will get used to the absence of the excrement, and the habit will be broken.

Even if you don’t clean up immediately after your canine friend does the deed, the pup won’t be interested in nibbling anymore.

If the cause of your dog’s behavior is nutritional deficiency, this can be easily remedied by finding the right supplements.

If you spend long hours away from your dog throughout the day, you should feed your pup healthy but fulfilling meals to prevent them from eating their own dog poop due to hunger pangs.

Give The Dog More Attention

Playing with your dog or generally giving it more attention throughout the day is a great way to prevent the pup from getting bored or anxious.

It also redirects the dog’s attention from whatever unhealthy habits it has picked up during your absence.

For the best results, try finding games for them that will challenge the dog both physically and mentally.

Dogs, young and old alike, tend to eat their own feces at least once in their life.

It’s more likely for a dog to consume its own excrements than the poop of other animals[3]—the reasons behind this range from genetic disposition to environmental causes and much more.

Whatever the cause may be, it’s not a behavior you want to encourage, so it’s recommended to start addressing it as soon as you notice it.

Is Dog Poop Dangerous for Dogs?

Dog poop is rarely dangerous for healthy dogs, but it can be if your pup has a sensitive digestive tract, diabetes, or a hormonal issue. Plus, if the feces contain parasites and harmful bacteria, eating it can lead to severe conditions. 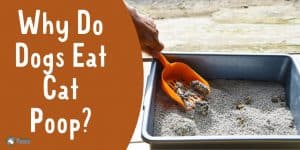 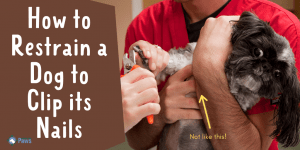 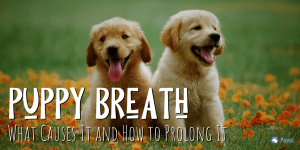 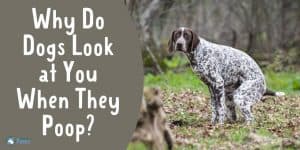 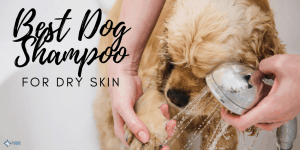 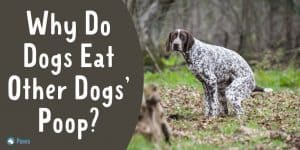