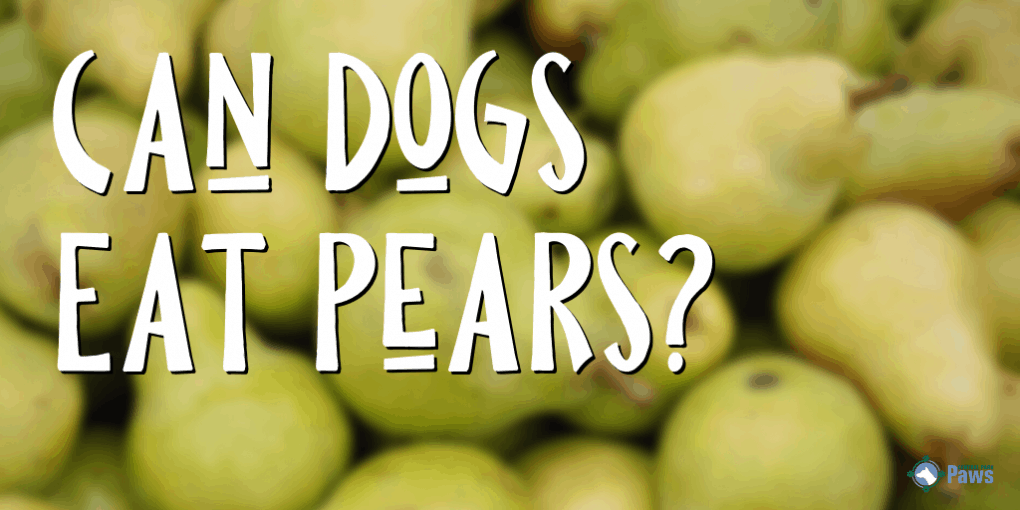 You’re in the kitchen and your dog is staring up at you with big sad eyes.

You’re preparing your lunch as your dog quietly whines behind you.

They want whatever you’re eating and you love them, so why not share some food?

Many dog owners have thought this, myself included. It’s tempting to give Maggie some of the food that I know tastes so good, but dogs can’t eat all the same things humans can.

If you’ve ever wondered if dogs can eat pears, read on to learn everything you need to know.

You’ll learn if you can slip a slice or two into their dog bowl or give them something better for their digestive system.

Are Pears Safe for Dogs? 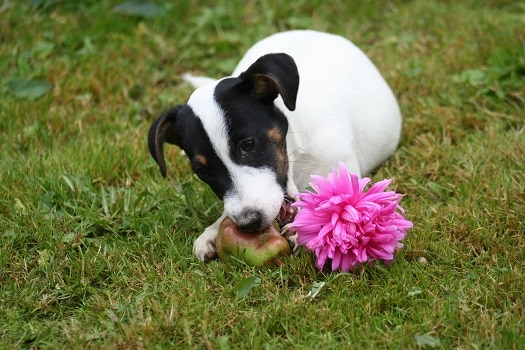 The short answer is:

Yes, dogs can enjoy pears alongside their human companions!

Although many foods are off limits for dogs (such as pistachios), pears are safe in moderation.

Vets actually recommend for pears to be a regular treat that adds up to ten percent of your dog’s daily diet[1].

Why Are Pears Healthy?

Pears are healthy for dogs because they’re all natural and don’t contain anything poisonous.

Processed foods are harder for dogs to digest because they often contain additives and sweeteners that the canine digestive tract isn’t prepared for[2].

Pears also contain some nutrients good for dogs, such as fiber.

Note that “all natural” doesn’t always mean “safe,” as evidenced by how you shouldn’t feed dogs grapes or mulberries! 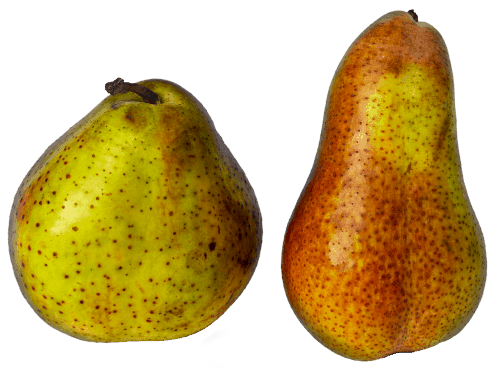 If you go to the grocery store and let an attendant know you’d like pears, they will probably ask you what kind.

Here are the most commonly found forms of pears that you’ll come across as you try to treat your dog to a healthy snack.

You’ll find raw pears in the fruit section of your grocery store. 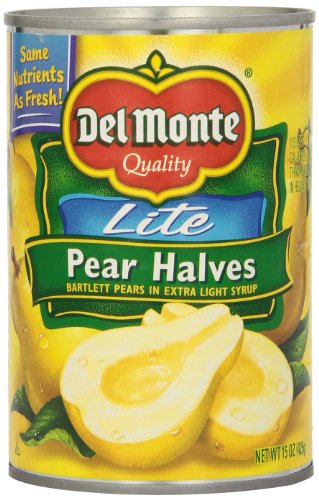 There are different types to consider, but they’re all sold raw.

You can also find many canned pear options in the canned fruit aisle.

They’ll have labels that declare them to be all natural, sweetened, and sliced or halved.

Can Dogs Have Asian Pears?

While you look at the different pears available at the store, you may wonder which types are safest for your dog.

You’ll see a variety of Asian pears, since they’re popular around the world.

Originally grown in Asia, the only thing that sets this pear apart for consumers is how they taste. They typically have a tart flavor compared to the sweetness of others like the D’Anjou[3].

Dogs can enjoy all Asian pears, including: 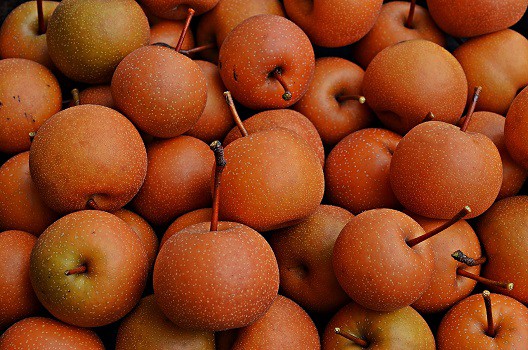 All pears have the same biological makeup, so they’re edible to both dogs and humans.

Sometimes dogs get a hold of pears on accident or their owners feed them the wrong way.

Prevent your dog from becoming sick by following these guidelines.

Dogs who love food often gulp it down without pausing to chew.

Sliced peaches could become stuck in your dog’s throat and cause them to choke if they aren’t cut into chunks. 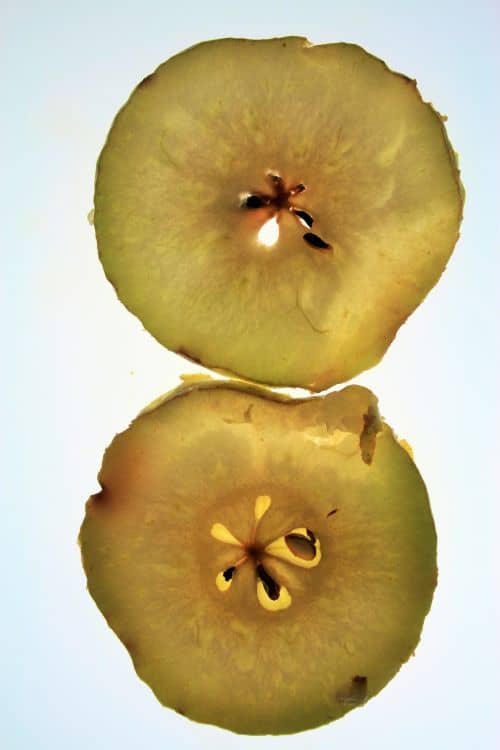 Cyanide sounds like something that belongs to the world of spy shows and murder movies, but it’s hidden in pear seeds[4].

The seeds contain such small amounts that it won’t harm humans if you accidentally swallow one or two, but they can harm dogs if they chew around a pear core.

It’s the same thing with peaches, too.

Pears May Cause Diarrhea

Pears are high in fiber[5], so while they may be great for your healthy diet, they have a much stronger effect in dogs.

That’s one of the reasons vets advise owners to serve pear chunks as a treat and not a main meal.

How to Serve Pears to Your Dog 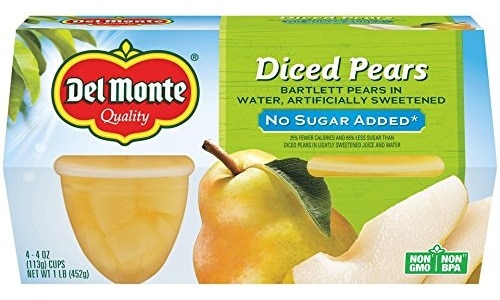 Don’t get fooled by the “no sugar added” message. These pear cups contain artificial sweeteners your dog should avoid!

Dogs will enjoy pears the most when they’re served fresh.

Wash your pears and cut them into bite sized pieces.

A few pieces a day will make your dog happy, so save the rest for the next day or toss out if they become brown and soft.

How Much Can You Feed Your Dog?

A few pieces to a small handful of pear chunks will be plenty for your dog to enjoy.

Anything from a half pear to a whole one risks upsetting their stomach and causing diarrhea.

Most dog owners would agree that they wish their dog could eat a more varied diet.

It’s hard to imagine eating the same kibble for every meal, but it’s best to switch up their treats if you want your dog to try something new.

Fresh cubed pears are a great occasional way to spoil your dog.

As long as you stay away from the core and seeds, they’ll go nuts for a juicy piece of pear or any of these simple recipes.

If you have any questions about how pears could affect your dog’s allergies or health, check with your vet for your dog’s specific needs.