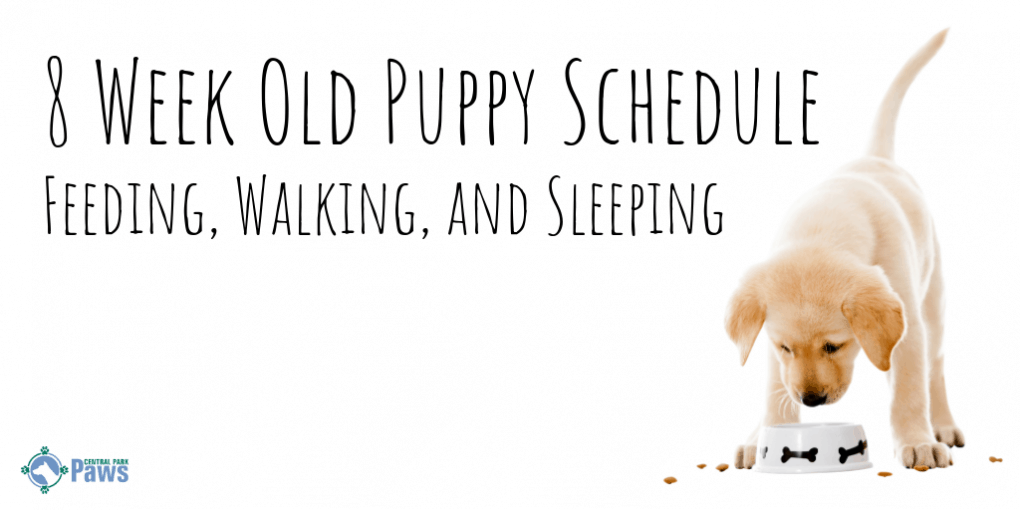 Before I brought my puppy, Maggie, home for the first time, I was a mixture of excitement and nerves.

I couldn’t wait to see her explore her new home, but I also had no idea what to expect.

Sure, I grew up with dogs and saw my parents take care of those dogs as puppies, but it’s different when the responsibility is on your own shoulders.

I wanted to know everything there was to know about puppies.

Here are some of the best points I learned that helped both me and Maggie as she transitioned into my home.

Once you’re through the first 8 weeks, you can read more about what to expect from your puppy’s first year.

And don’t forget to puppy proof your house before bringing home your new bundle of joy and poop!

Puppies need to wait to go to their forever homes until they’re at least eight weeks old because that’s when they can live apart from their mom. Adopting a younger puppy can cause health problems for your new pup.

In some states, you can’t even legally adopt a puppy until they’re eight weeks old!

That means that for those first eight weeks, they’ve been taken care of by either their mom, a caretaker, or a mixture of both.

I talked with Maggie’s breeder about her feeding schedule when I picked her up on the big day. It’s important to keep your pup’s feeding schedule the same as what they were used to before you take them home.

How Often They Should Eat 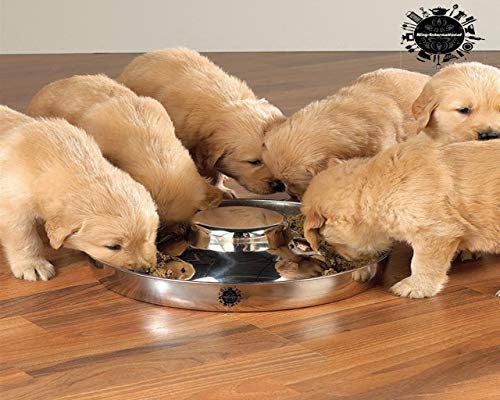 You may need to feed your dog even four times each day depending on how active they are or what their breed is.

Smaller dogs may only need to eat twice a day, since their stomachs are so small. Puppies who have major growth spurts ahead during their first year, such as German Shepherds, will need more food to keep up with their metabolism.

If you’re rescuing your dog, check with the people who were taking care of them before you signed the adoption papers.

Feed them as often as they’re used to, or talk with the vet during your first puppy appointment to better gauge how often they should eat.

How Much They Should Eat

Maggie would grow to be a 50 pound Goldendoodle, so she got a half cup of Goldendoodle kibble three times every day.

At six months, she got a cup of food twice each day. This was recommended to me by her breeder, her vet, and the feeding guide on the back of her kibble bag.

Going by the feeding guide on the back of the dog food bag is a safe way to decide how much your pup should eat.

That at least gives you a structure that provides your pup nutritional balance based on the ingredients in their kibble.

Figuring Out Their Bathroom Schedule 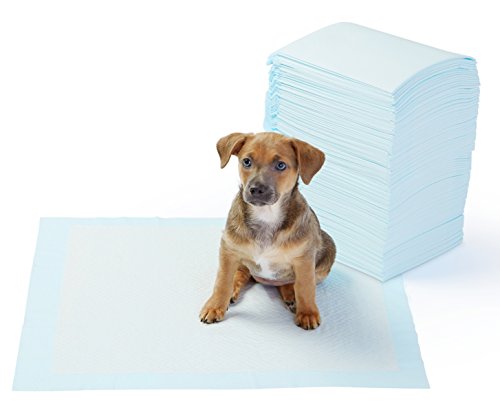 Potty pads are also excellent for crate training your puppy

Puppies are never shy about letting their owners know when they need to go to the bathroom!

Maggie was trained to use a potty pad, so I left them all over the house and she went as needed.

Your pup will let you know too, even if it means that they make a mess in the house for the first few days or even weeks that they’re home.

When to Let Them Use the Bathroom

It’s a safe bet to take your puppy outside to let them use the bathroom after they’ve woken up, eaten, had some water, or played a lot.

Things move through their system quickly when they’re excited or they’ve just eaten.

How Often They Should Use the Bathroom

Their bladder and digestive tract will be very small, so let them use the bathroom every one to two hours.

If your puppy is having trouble pooping, read our post on puppy constipation to learn remedies and how to prevent it in the future

Puppies need to get out of the house and stretch their legs, especially if their personality is more energetic.

Every puppy’s walk schedule will be a bit different, but you can match it to their bathroom schedule to make everything easier on the both of you.

How Often They Should Walk 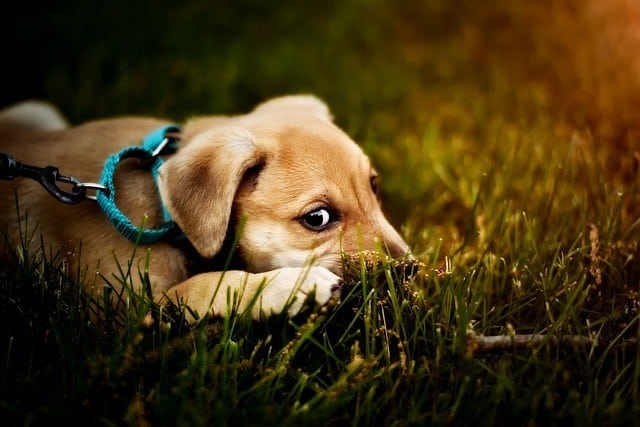 When your puppy is out on a walk, that’s when they’re doing their potty training too. You should walk them for at least five minutes per month of their age, or at least twice a day.

Their stamina for playtime may seem never ending, but they’ll tire on walks quickly.

Walk them down the street and back, and if they start sitting or lying down often, you can carry them home.

As they grow, they’ll be able to walk farther and more often.

When They Should Walk

Try to match their walking schedule to their potty schedule.

After they eat breakfast in the morning, take them for a short walk. Do the same after lunch and dinner too, if possible.

This kind of walk schedule will teach them that if they need to go, they should do it outside.

It’ll also give them more of a daily structure they can thrive under.

Of course, it’s hard to manage a consistent schedule when you’re at work. Leaving your pup with a close friend or hiring a dog walker might be your best choices in this case. 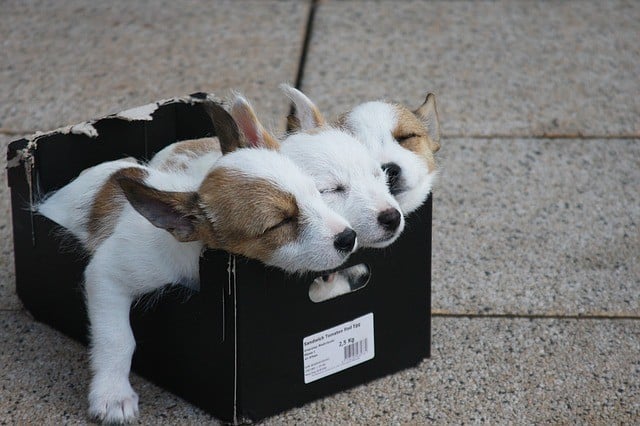 Your puppy will want to play with you, but they’re also going to sleep pretty frequently.

Their bodies are growing quickly, so they’ll play hard and sleep hard every day.

As much as you may want to wake them up to play or cuddle, let your puppy rest when they nap. They’ll be up again in no time.

How Often They Should Sleep

You won’t be able to regulate when your puppy sleeps and when they wake up.

One minute, Maggie would be bouncing beneath the dinner table while I ate and the next minute she’d be asleep on my feet.

They’ll know better than anyone when it’s time to take a nap.

How Much They Should Sleep

The average puppy sleeps for 18-20 hours every day, which means that naps will be their best friend.

It’s important for their sleeping to be as undisturbed as possible, so they can refill the energy they need to keep growing.

I read everything I could get my hands on before Maggie came home, but the truth is that you won’t know what your puppy’s schedule will be until you both jump into it.

Keep an eye on their sleeping and bathroom habits. Watch what times they do both and coordinate it with their eating and walking.

Give it a week or two and you’ll both be in sync and find the schedule that works for both of you.

Your Puppy’s First Year: What to Expect

How to Puppy Proof Your House

How to Prepare for Your New Puppy