There are so many different dog foods around that it can sometimes be overwhelming for dog owners to choose which one is best, and it can be challenging to know exactly what some of the ingredients listed on the label are.

One ingredient you may have commonly seen in pet foods is taurine. This is an amino acid found in a variety of foods.

It is a non-essential amino acid, which means that dogs can make it themselves, from amino acid precursors, in their bodies and don’t have to get it from their diet.

However, dogs often don’t make enough by themselves and require supplemental taurine to help increase levels.

Taurine is usually found in meat, and it plays a crucial role in bile acid, which is used to break down fats that have come from food.

The amino acid taurine is extremely important to your dog’s health, which is why many companies in the pet food industry have added taurine into their products.

But what happens if your dog doesn’t get enough taurine, and how can you ensure they don’t become deficient? Keep reading to find out.

Before the second world war, about 90% of pet food would be produced in cans and mainly made up of meat[1].

However, after the war, about 85% of dog foods were now dry kibble instead. At this point, the food had a lot of meat, so animals could still get enough taurine.

Unfortunately, this meant that dry food became high-grain and low-meat, meaning animals were at risk of not getting enough taurine.

It was soon found that cats were starting to go blind or were even dying from dilated cardiomyopathy (DCM)[2].

When this was investigated, it was found that all of these cats were consuming similar types of cat food. It was soon discovered that the cause of these health issues was taurine deficiency.

Manufacturers of pet food then quickly started adding taurine supplements to their food to stop this from happening.

Therefore, there would often be less meat and animal protein in dog food, so certain dogs could not produce enough taurine, so they experienced deficiencies.

Larger dogs are at a greater risk of taurine deficiency than small dogs because their bodies produce taurine faster. Certain breeds also have naturally lower taurine production levels than others.

For example, spaniels and retrievers, including labrador retrievers and golden retrievers, are known for having naturally low taurine levels.

Just like with cats, this lack of taurine has been found to lead to DCM in dogs.

Sometimes, your dog may be consuming more than enough taurine but still have low blood taurine concentrations.

This could be due to factors such as the interaction of food with their gut bacteria, a dog’s ability to digest protein, the bioavailability of protein, and taurine not being reabsorbed from bile in the gut leading to the excretion of taurine.

What is Dilated Cardiomyopathy?

DCM is a type of heart disease that is very common in dogs, and it can cause them to have an enlarged heart that is less able to pump blood around their body.

The exact cause of DCM isn’t fully known, as there are so many different factors that come into play, including the protein itself, a dog’s size, and breed.

Although, one major cause of the condition is thought to be low levels of taurine.

In the early cases of DCM, it was found that a lot of the dogs who were suffering from it were eating dog foods that contain high amounts of lamb.

While this is still a form of animal protein, it doesn’t have a large amount of sulfur-containing amino acids, such as cysteine needed for the production of taurine, compared to other meats.

Another type of diet linked to DCM is grain-free diets, as these contain potato protein, exotic proteins, and multiple legumes that don’t contain much taurine.

It’s important to note that not all legumes were seen to be a problem. Instead, it was primarily pea protein, lentils, and pulses that appeared to cause many production concern.

Furthermore, it is often not simply the legume or plant protein itself causing the issue, but instead the high amounts of it.

So it is okay for dog foods to have these ingredients, however only when it is not in large quantities and when the meat protein is the main ingredient.

Another scenario that can cause very low blood levels of taurine is if your pet eats much fish. Taurine levels in fish decrease by 30% when it is heated, so your pet may be getting less of the amino acid than you think.

However, many dogs who report DCM have completely normal blood taurine levels.

Genetics also plays a key role in the development of the disease.

How to Prevent Taurine Deficiency

To prevent your dog from becoming taurine deficient, you must look at the dog foods available carefully and consider the ingredients it contains.

To ensure you pick food that contains enough taurine for your dogs and cats, you want to check the ingredients. You want to look out for animal and meat proteins, and be sure that this is the main ingredient in the food.

If it appears that plant proteins make up the majority of the ingredients, then this may not be the best for ensuring it contains enough taurine.

The ingredients will be listed by weight, and so you want to ensure the one with the highest weight is the meat protein.

For peace of mind and to know that your dog will not become taurine deficient, a good idea is to give your dog a taurine supplement every day.

They usually come in doses of 500 to 1000mg, and these types of capsules are very safe. 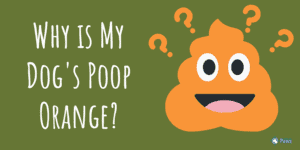 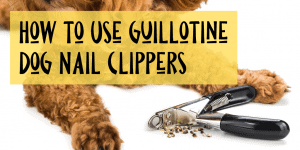 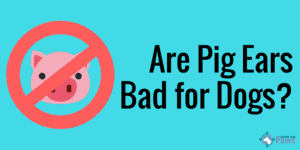 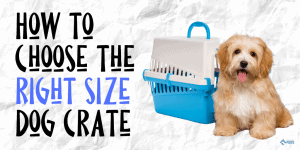 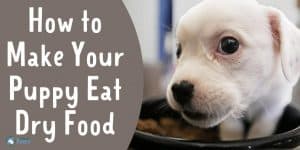 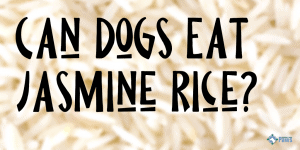