I’m often asked questions, by friends and family, about dogs.

Recently, I was asked my thoughts on dog food, specifically on the differences between Orijen and Merrick.

Because my dogs are picky, these are two brands I have purchased in the past. Though, my dogs aren’t currently eating either brand on a regular basis right now.

Merrick and Orijen are brands I rotate through when I need to change up their dog foods.

In fact, I have an open bag of Orijen downstairs!

My friend’s dog, Rocco, is also a picky eater, but he is quite a bit younger and more athletic than my dogs. Because of these differences, Rocco’s dietary needs differ from my dogs’ dietary needs.

I told my friend that though I liked both brands, I would have to get back to her on which I thought would work better.

Rocco is a mix of breeds, likely German Shepherd and Rottweiler.

He is a sweet, energetic, fun-loving boy with a lot of energy. Because of Rocco’s high activity level, he needs a diet that is higher in protein to help maintain and build muscles.

Also, because of his size and breed combination, the vet has recommended a diet rich in fatty acids would be best to help with both joint and heart health.

So, with Rocco in mind, I jumped online and did some research to see which food would be the best fit for him. 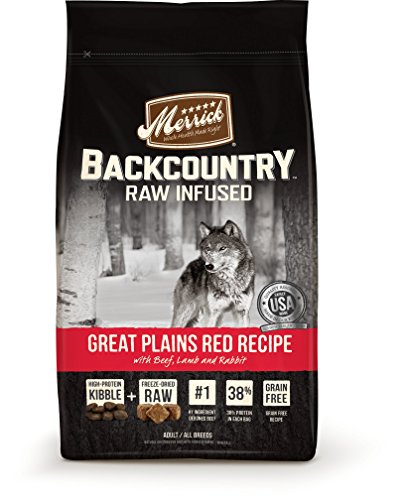 Merrick dog food company was founded in 1988 by Garth Merrick in Hereford, Texas[1]. Garth’s inspiration was to ensure his beloved dog Gracie was eating the best possible diet.

Creating a natural and organic pet food is the basis of the Merrick brand. Their mission is to “Create the most nutritious and wholesome food.”[2]

Since the start of the company, the business has grown to include several varieties of dog and cat foods, plus dog treats and dental chews.

In the spring of 2012, Merrick took over ownership of Castor & Pollux and its Organix, Natural Ultramix, and Good Buddy food and treats.

In July of 2015, Merrick announced that Nestlé Purina PetCare Company was purchasing the Merrick company and the pet food businesses they had recently acquired.

Within these lines, they have multiple recipes using different proteins as well as specialized varieties for small breed, large breed, puppy, senior, and weight management.

Don’t forget to check out our comparison of Merrick vs Taste of the Wild too! 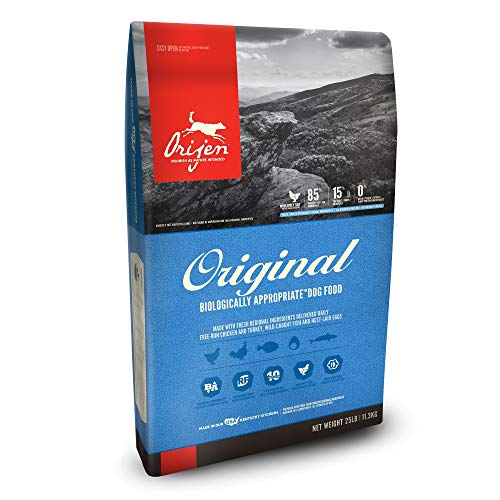 In 1985, Reinhard Muhlenfeld created Orijen pet food, which is a Canadian based company.

Exporting products from Canada has not been a traditional practice. However, with the help of the Canadian government, Champion Pet Foods has been very successful in exporting its dog food worldwide.

Orijen’s strategy for marketing is a bit unconventional.

Orijen doesn’t utilize conventional marketing plans but instead relies on their outside sales force and word of mouth.

Orijen has eight dry dog food varieties, not including their freeze-dried dog food line.  Of these eight recipes, four are specialized formulas

Since 2010, neither Merrick nor Orijen has had a recall on their dry dog food.

I find this incredibly impressive.

Frequently, we focus on ingredients, and though that is a significant concern when deciding on the best dog food, it isn’t the only thing to take into account.

Other elements specific to your dog’s dietary needs are critical when choosing the right food.

Plus, some elements may not have anything to do with your dog but still have a significant impact on your decision making.

I’ve broken this down into two tiers to help decide on which dog food is best for your pup.

The first tier is made of elements specific to your dog’s dietary needs, like:

The second tier is made up of outside factors like:

Comparison of Merrick vs. Orijen

This was a challenging decision.

The two companies both use high-quality ingredients.

Also, both companies enhance their foods with probiotics, chondroitin, and glucosamine.

However, Orijen has more superfoods in their recipes.

Although Orijen is more protein forward and is full of superfoods, Merrick was still the apparent winner.

Orijen averages over $4 per pound and Merrick averages under $3 per pound.

This adds up when you have a large dog or multiple dogs! 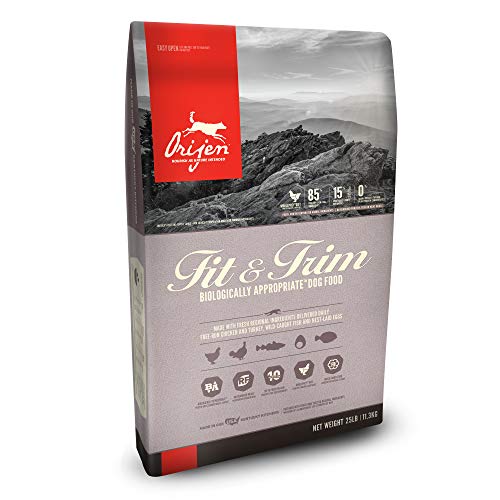 Again, it was pretty close since dogs seem to like both foods.

But, Orijen was preferred by my dogs a little more over Merrick.

I know I’ve stated it before, but I believe that Orijen’s protein-forward recipes are what tips the scale in their favor.

Your dogs may have different tastes, though!

Merrick dog food is available at more retail stores, including some grocery stores.

For example, you can buy Merrick dog foods from Chewy.com but you can’t purchase Orijen from that website. 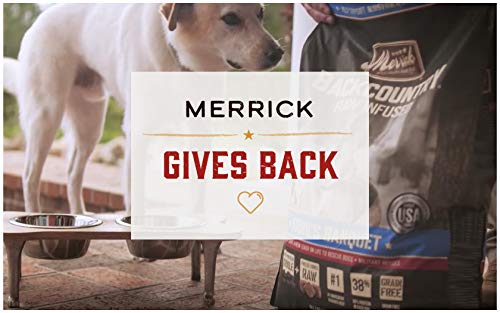 Some of the charities Merrick is involved with are:

Orijen is a high-quality dog food. 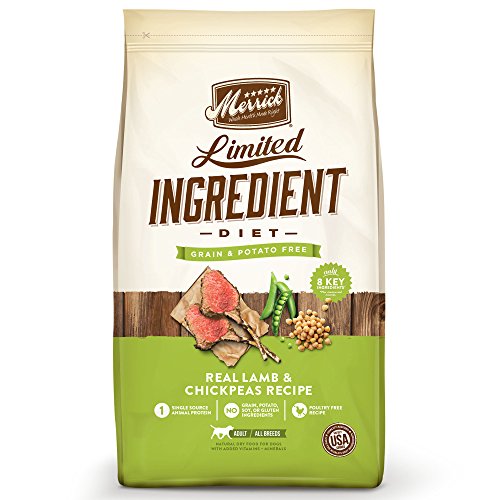 However, Orijen is limited in areas that Merrick is not.

After all of my research, I recommended that my friend rotates between the two brands.

The high protein content and superfoods in Orijen are an excellent match for Rocco to maintain and gain muscle mass as well as boost his immune system.

So, if my friend changes Rocco’s food every three months, bouncing between the two brands, Rocco will have a healthy, nutritionally balanced diet.

I believe both are excellent dog foods and two brands I would confidently recommend to anyone. 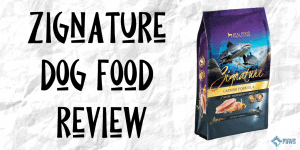 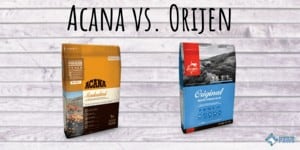 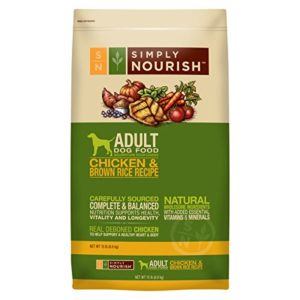 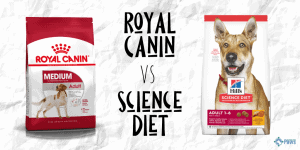 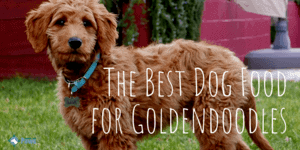 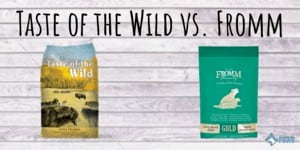