My family didn’t mind moving it around. Sometimes it was in a bedroom, the living room, or even the screened in porch if we were hanging around out there in the evening.

Some of my friends would keep their dog crates in the exact same spot for year, thinking it was wrong to disturb their dog’s routine once they got used to being crated in a certain spot.

It all makes me wonder where a dog crate should be put in the house.

Does it make that much of a difference to the dog?

Here’s what I’ve found out about crate placement and what every dog owner should know.

The Importance of Location

Let me just start out by saying that the location of your dog’s crate is actually important, especially when they’re young.

Young puppies need to be crate trained, which can be a traumatic experience if it’s not done correctly.

They’ve lived with their siblings and mom up until you bring them home, and then when they’re put in their crate, they’re all alone.

Where NOT to Put the Crate

If you’re confused about where a crate should go, the best thing to learn first is where it definitely shouldn’t go.

No one would ever knowingly put a puppy or a dog near something poisonous, but new dog owners may not think to check the plants in their home.

Some plants are poisonous to dogs[1], but are also common houseplants, which may make some owners assume that they’re safe around animals.

Make sure that any plants, especially the poisonous ones, are out of reach of your dog.

This includes any that are sitting on shelves, side tables, or the floor near the crate. Puppies love to reach through crate bars and chew on whatever they can reach.

By the way, it’s a good idea to think about what your pooch will chew on when you put stuff inside the crate, too!

You may think that a popular walkway is a good place for your dog’s crate, but that’s actually not true[2].

Dogs who aren’t entirely crate trained will think that every person walking by is about to let them out and they’ll be even more upset when that doesn’t happen. This can be cruel.

This can also lead to whining, which is unpleasant for all parties concerned.

Or worse, your dog can start escaping his crate and getting into more trouble.

Crates in walkways are also a traffic hazard for your home.

It’s better to find a good place against a wall, rather than putting the crate right where people walk.

Too Far from Family

Figure out where the most isolated areas of your home are and avoid them.

The crate should be somewhere where your dog can see people so they don’t feel so alone.

Dogs and puppies will also get curious about any power cords near their crate if they’re bored enough.

Prevent them from chewing on any cords, plugged in or not, by removing them from around the crate or avoiding them entirely.

Having trouble assembling your dog crate? Check out our how-to guide

In Direct Heat or Freezing Temperatures

How would you feel if you had to sit in one spot in direct sunlight for hours at a time?

Dogs get overheated and sunburnt too, so don’t put the crate right below a window. You should also be wary of fireplaces and radiators.

Crates should also not go where freezing air seeps into the house or right next to a blowing air vent (most of the time).

The temperature inside your dog’s crate should always be comfortable.

Out in the Open

Just like putting your dog’s crate in walkways, if you put it in the middle of your living room, your dog will constantly be stimulated by normal family activity and won’t get the peace he needs.

Not to mention some of those big, heavy duty crates can be an eyesore. If you’ve got an end table dog crate, be sure to put it in a room that doesn’t get a lot of traffic.

Where to Put the Crate

Now that you know some crate dangers and where it definitely shouldn’t be placed, it’ll be easier to identify the right place to put your dog’s crate in your home.

Dogs of all ages want to be included in whatever’s going on, especially when they’re in their crate[3].

That’s why it’s smart to place the crate close to family.

This may mean putting it in a corner of your living room or bedroom.

Whatever room in the house is used the most, they’ll be much more comfortable seeing everyone.

While your dog wants to be close to family, they also don’t want people bumping into their crate.

That’s why you should put the crate somewhere it won’t be stumbled into.

Next to the couch, bed, or other seating is a good idea if you don’t want them against a wall.

Where They Normally Relax

Where does your dog normally hang out?

When my parents’ dog was just a puppy, she loved to fall asleep on air vents.

They put her crate next to one of her two favorite vents, so she felt at home.

You can do the same with your dog’s crate. Place it where they relax, hang out, or watch people during the day.

They’ll feel much more comfortable if it’s situated in a place that they already approve of.

There’s no one right answer for where a dog’s crate should be.

It’ll depend on the dog that’s being crated and what kind of home you live in.

As long as you’re aware of any potential crate dangers in different areas of your home, you’ll easily figure out where the best place for their crate will be.

Where Should I Put My Puppy’s Crate at Night?

Your puppy’s crate should always be in your bedroom at night.

Feeling lonely is scary enough for them, but it’s terrifying when they’re alone in the dark.

They’ll sleep much better knowing that you’re just beyond their crate.

Should I Leave Food and Water in My Puppy’s Crate?

It’s a good idea to not put food or water in your puppy’s crate.

Both will make them have potty accidents in their crate and reverse their training.

Always let your puppy eat, drink, then go to the bathroom outside before crating them.

How Long Should Dogs Be Crated?

Puppies can only hold their bladder for one hour for every month old they are.

When Maggie was two months old, she had to pee every hour or two.

That means puppies should never be crated for more than an hour or two at a time.

This time period can get longer as they get older, but no dog should be crated longer than six to eight hours at most. 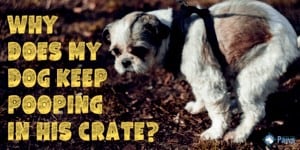 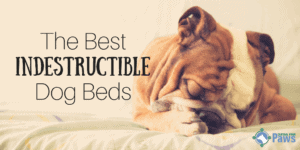 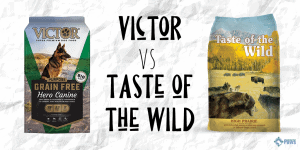 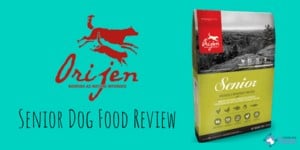 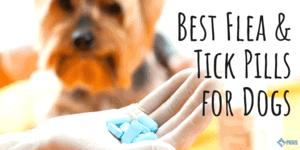